7 Years of Camera Shake: One Man’s Passion for Photographing Wildlife 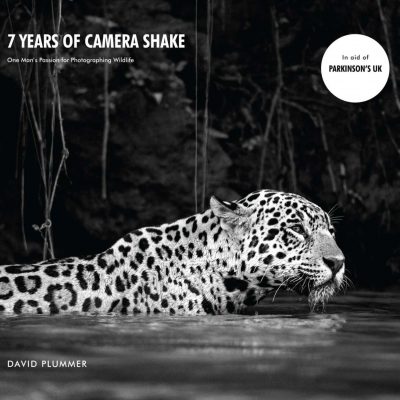 In 2017 David wrote ‘7 Years Of Camera Shake’ to celebrate having taken the best photographs of his life after being diagnosed with Parkinson’s Disease. The public and media response was overwhelming – David was invited onto national TV and radio shows and 7 Years of Camera Shake shot straight to the top spot beating John le Carré and Dan Brown to become the UK’s no1 best-selling new release.

7 Years of Camera Shake has sold all over the World. David donated 50% of his profits from the book to the Parkinson’s UK charity.

David is currently working on his second book.

As humans, we are drawn to predators like no other group of animals. They are the epitome of form and function, and have a level of perfection that we revere.

7 Years of Camera Shake showcases seven years of immersive and illuminating photography: of predators on the prowl, of prey in the clutches of death, of the inexplicable synchronisation of nature, of the beautiful relationship between mother and child, and much, much more.

Plummer’s work has been featured in wildlife publications and national and international press, and now the work he has produced since his diagnosis is showcased here, accompanied by his thoughts and anecdotes on how he achieved each perfect shot.

50% of David’s profits from the book will be donated to Parkinson’s UK who have committed to allocating all funds raised towards supporting research.

David is a passionate advocate for speaking out in the media about being a younger person living with Parkinson’s, and we are thrilled at Parkinson’s UK to be associated with the publication of the stunning 7 Years Of Camera Shake. David is a fantastic role model for anyone who is continuing to follow their passion, in this case wildlife photography, whilst coming to terms with a life altering diagnosis. We can’t thank him enough for his support